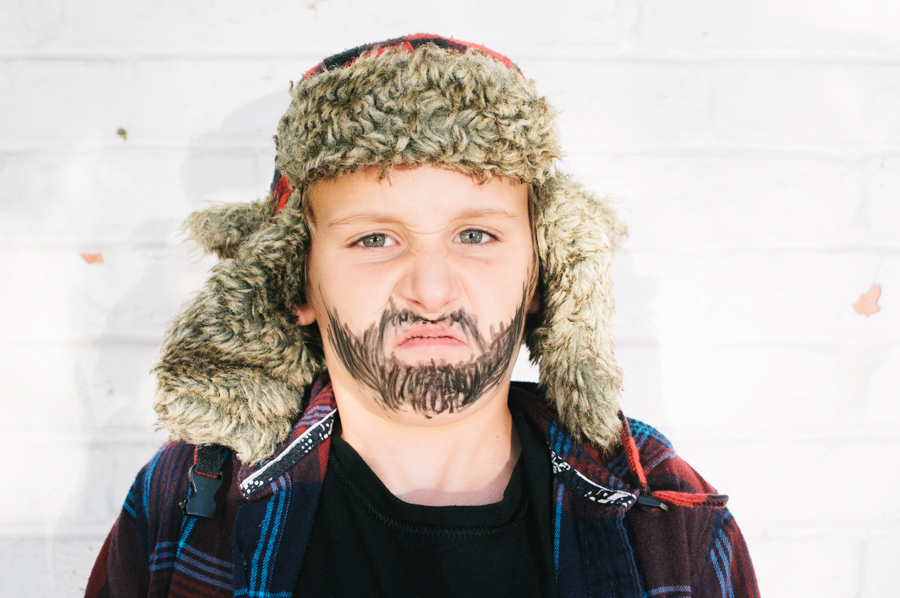 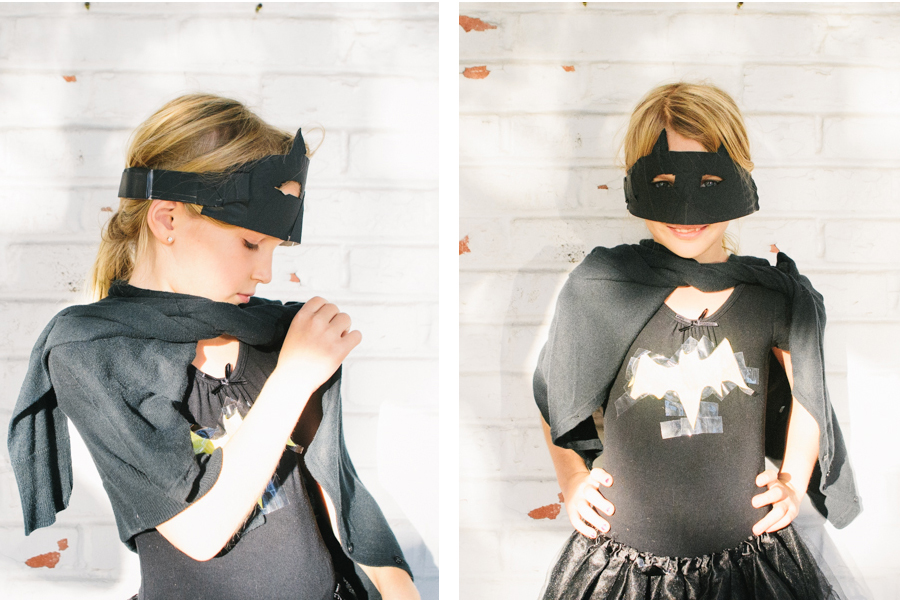 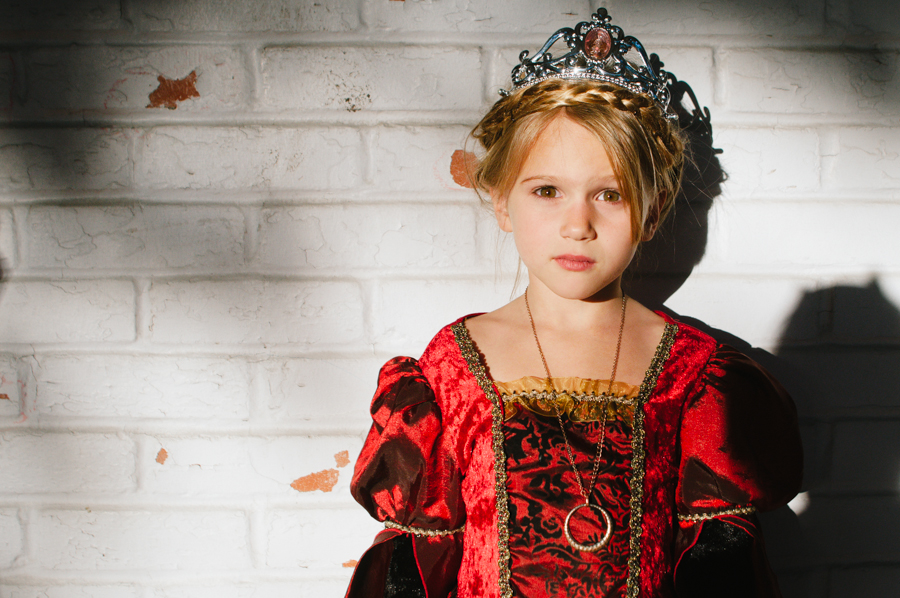 Each Halloween, the kids rummage through their closets and dress-up to prepare their costumes. I always wish I could sew at this time of year, but I really do love giving them ownership of their creations, especially as they grow older. For many years, the kids have re-created their dress-up (like Olive did this week). However, this year, I noticed the older three plan out their costumes and search the household for pieces that might work toward their vision: a black cardigan, skateboard pads, cardboard, paper, spray paint. The plans changed a few times as they each encountered problems, but each time they re-created their idea or learned to improvise. It was such a beautiful process for me to watch in them.

liam // You originally planned a Green Goblin costume and even made origami claws, but eventually you decided no one would recognize you and opted for Batman with his clear symbol instead. You made a mask from a paper plate, notebook paper, and tape. Dad helped you spray paint it when you were finished. You made and taped your Batman emblem and six-pack to your shirt, too. I laughed really hard at the six-pack.

burke // You used a Sharpie to sketch in facial hair and grabbed your flannel and favorite hat to become a lumberjack. During dinner, you tweaked your costume to become a hobo by creating your own cardboard sign, “Will work for candy. God bless.” I loved how you used your power of observation to transform your costume, and while it stirred up a few controversial comments online, I know you and am quite proud of your generous, kind heart.

blythe // You joined your brother’s bat-theme and created a batgirl version, also using paper and tape to create a mask and emblem. You and Liam really enjoyed working on this project together.

olive // Until the evening of Halloween, I had no idea what costume you would choose. You had tossed out everything from a cowgirl cook to a ballerina to a runner to an artist. You finally opted for your favorite dress-up and went as a little princess–a simple, sweet choice.