When we first bought the house, the kitchen was dark and ugly. The faucet leaked incessantly so that the sealant around the sink wouldn’t hold. Although the space was decently sized, there was barely any counter space, half of which we allotted to a dish rack (no dishwasher). It was dark, which we helped immensely with white paint, and divided into two parts by a partial wall/shelf, limiting the flow light of the space. Since the kitchen was built in the 1920s, it’s doubtful they ever considered a place for a large fridge. As a result, the fridge sat on a wall too short in depth, making it feel like it was floating out of  place in the middle of the kitchen. Ironically, my favorite part of the kitchen was the vintage oven/stove. The stove heated instantly (once I turned the gas knob on the wall and lit a match), but the oven would never reach above 200 degrees. After a handful of service visits, our home insurance decided we needed a new one–a huge gift for us although we were sad to see the old one go. We did hold onto the old one as a future project or in case any of you know how to fix it. (Wink.) Regardless of all of the ugly work this space needed, Mark and I fell in love with the place, determined we could love it back to life and planned a full kitchen renovation in 2015. I was convinced we could make it work a year while we adjusted to our new home and saved money for a larger renovation, but after a few months of cooking and preparing food with the kids, I felt more and more defeated by the dirtiness and lack of counter space. Mark and I decided we needed to move this project up on the priority list. 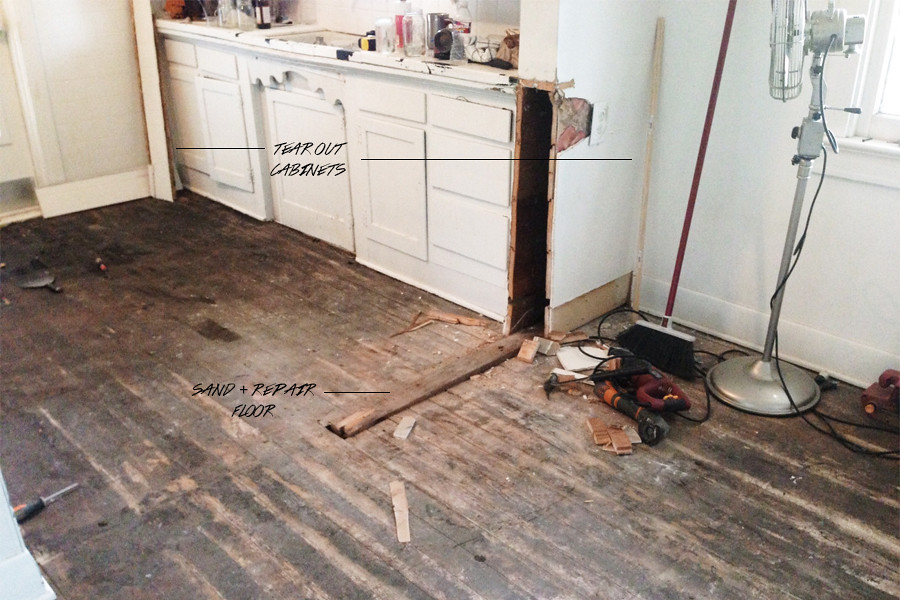 During the girls’ weekend earlier this month, Mark sent me a picture of the kids tearing out the kitchen laminate. He was dying to discover the condition of the wood beneath FIVE LAYERS of laminate flooring. If any of you have renovated an old home, you know it’s a surprise each time you tear something out. The wood was a pleasant surprise–it needed scraping and sanding but otherwise was in good shape. He then tore out the partial wall–we had already removed the shelf above it–and discovered this wall was not load-bearing, another win! Originally, we planned to leave the top cabinets, but now we could remove that entire wall and lengthen the shelf and counter space! At that point, everything came out. 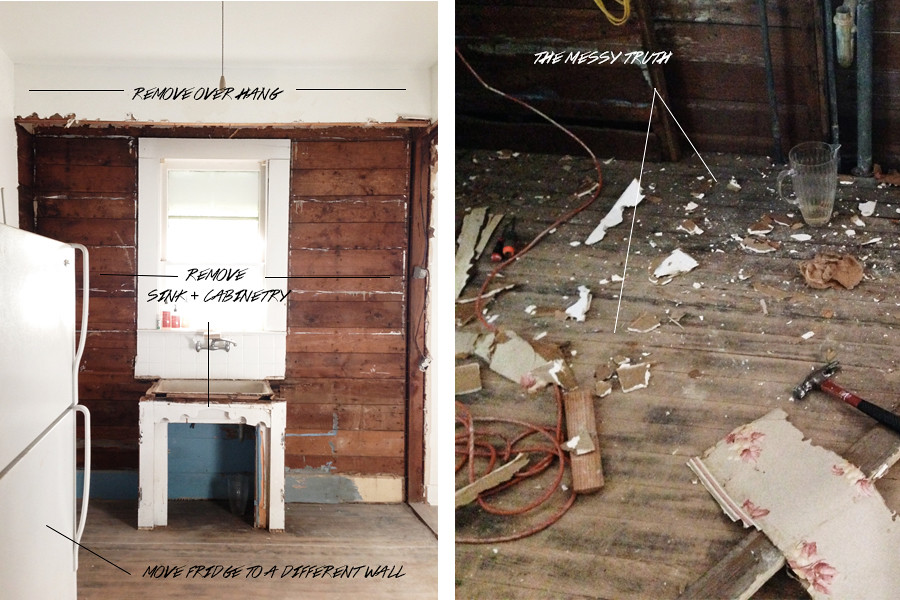 We moved the fridge to the boys’ room, stacked all of our dishes temporarily on the dining room wall, and began clearing out everything including the leaky, dingy kitchen sink, the tile board wrapping the bottom half of the kitchen, and the cool but not practical ironing board cabinet on the kitchen wall. 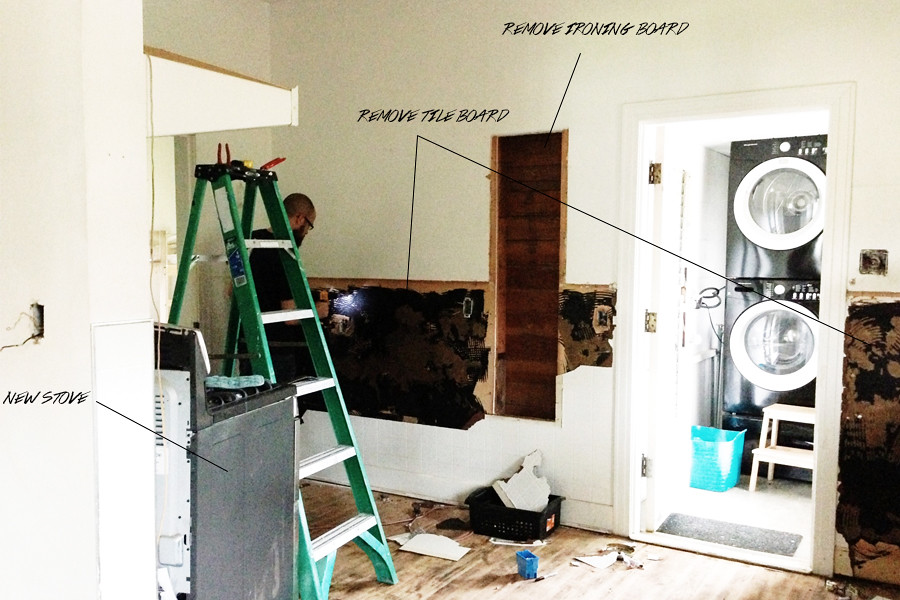 The guys re-wired the kitchen installing a new larger ceiling fan, grounded outlets, and spots for new light fixtures in the next phase. Mark tore out the rest of the overhangs, opening the ceiling and walls, making the space feel more cohesive. Although we would have loved opening and moving the wall with the oven, the gas line is on that wall and the water heater is behind it in the pantry. We knew that small wall would drastically increase our rather small kitchen budget, so we left that entire corner alone structurally. We plan to cut into the existing cabinet to add space for a fridge, but that will happen in one of the next phases. Now, it’s time to begin the rebuild. 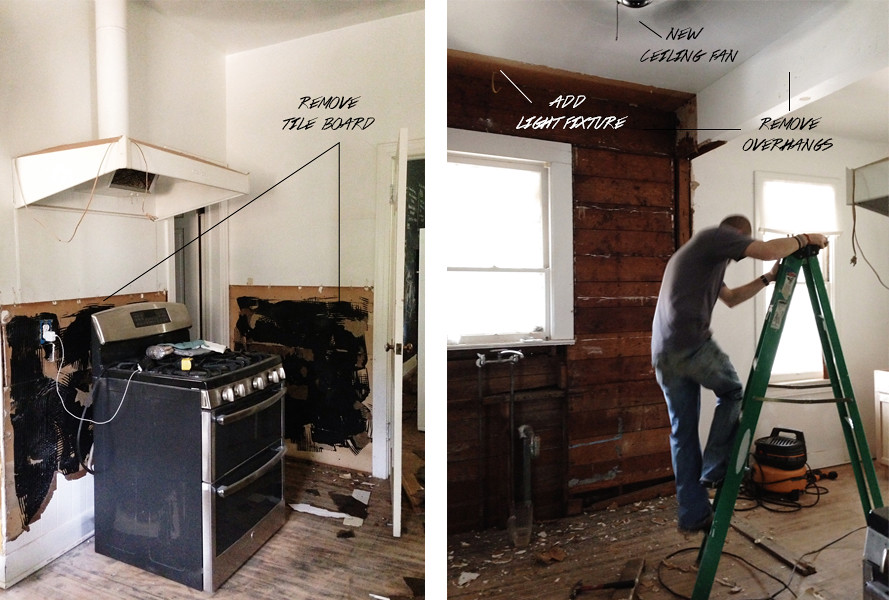 Helpful Pivots for the Homebound Weeks Ahead